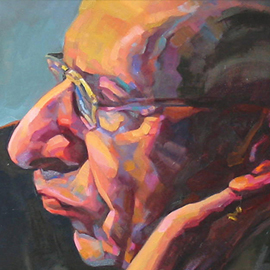 Stravinsky is widely acknowledged as one of the most important and influential composers of 20th century music, and was even named one of Time magazine’s 100 most influential people of the century.

Laurier faculty and students will share an exciting program over the course of the festival, collaborating together to express Stravinsky’s artistry, influences and those he has influenced through a mix of public masterclasses, workshops, panel discussions and 11 concerts.

“This major event juxtaposes Stravinsky’s influences, compositional output and legacy in a completely unique way,” said Glen Carruthers, dean of Laurier’s Faculty of Music. “This is a wonderful and ambitious undertaking that will showcase both Stravinsky and our Faculty of Music in more than events spread over nine very full days. We're very excited to be able to share these concerts, lectures and workshops with the Laurier community and general public.”

A concert entitled “Stravinsky Celebrated!” will kick off the festival on Nov. 21 at 8 p.m. in the Maureen Forrester Recital Hall on Laurier’s Waterloo campus. The concert will feature Laurier’s Symphony Orchestra, Wind Orchestra, three choirs, Opera program and Chamber ensembles. A pre-concert chat hosted by faculty member Jessica Kun will begin at 7:30 p.m.

Student ensembles and faculty performers will be featured throughout the festival in 10 subsequent concerts, including a 40th anniversary celebration for the K-W Chamber Music Society planned for Nov. 29 at the Perimeter Institute’s Mike Lazaridis Theatre of Ideas. Performers at the anniversary celebration will include: the Penderecki String Quartet; the Lafayette String Quartet; the Perimeter Chamber Players; Guy Few, a Laurier alumnus and instructor in the Faculty of Music (trumpet) and another Laurier alumnus Jascha Narveson (electronics).

The festival is open to the public. The full schedule can be found on the Faculty of Music website. Tickets can be purchased in advance in the John Aird Centre, room A504 (Monday-Friday, 8:30 a.m. – 4 p.m.). Cash or cheque only.