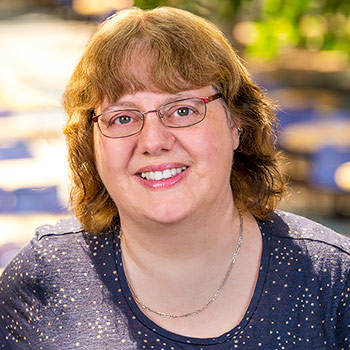 “Professor Gottardo is a world-class scholar whose research has made significant impacts both within the academic community and among practitioners,” said Rob Gordon, Laurier’s vice-president of research. “Her work embodies Laurier’s commitment to improving and inspiring lives and is helping to enhance our ability to educate all Canadians to fulfil their true potential.”

Gottardo, who said she is “very pleased and honoured” by the award, plans to use it to continue her research into the issues English-language learners face when learning to reading in English. Educators often use the same strategies for all students even though learners with different language backgrounds may require different techniques, she said.

Gottardo says that people accustomed to the Roman alphabet also need to switch strategies when learning English. For instance, Spanish speakers used to highly regular spelling may struggle to understand that “tough” and “though” have different vowel sounds. Learning strategies also differ by age. For instance, six-year-old Chinese readers soon learn to read like native English speakers but this may not be true of older learners.

Gottardo makes her research outcomes accessible and relevant to practitioners and researchers alike. In addition to the nearly 200 academic presentations she has made over time, she speaks regularly to parents and teachers. She has worked with partners around the world, including not-for-profit organizations that help students from disadvantaged backgrounds ranging from inner-city Toronto to Kenyan villages.

Over the course of her career, Gottardo has received some 30 grants to support her research efforts. She has conducted research with learners ranging from preschoolers to adults. She has published dozens of articles, many of which are in prestigious journals and are widely cited – a testament to the impact and significance of her research. She is on the editorial board of three major journals and has served as a grant reviewer.

Gottardo has been interested in language learning all her life – though born in Canada, she learned Italian as a first language at home. She also speaks French and Spanish and was a speech pathologist before beginning her doctorate. She works closely with graduate students who speak a variety of languages and credits some of the richness of her research to them.

Though Gottardo and her research team members are still trying to answer many questions, she does know bilingualism and multilingualism are good for people. One study, for instance, found that high school students speaking Farsi as a first language had a richer vocabulary in English than native English speakers. She strongly advises parents who struggle with English to speak their native language to their children.

“Speaking broken English to their children is much worse than speaking decent Spanish, for example, because then you get children who have no native language. It’s better to develop really good skills in your native language and then use those to become an English speaker.”