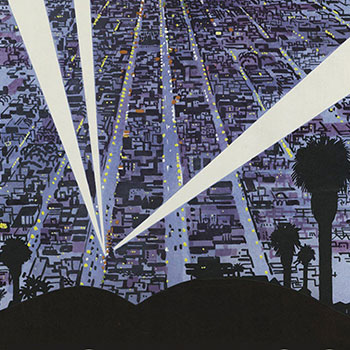 Waterloo – Wilfrid Laurier University will host the Classical Hollywood Studies in the 21st Century conference May 10 to 13 on the university’s Waterloo campus.

The invitation-only conference will bring together 40 scholars from Canada, USA, Europe and Australia to share new ideas, research, methods and approaches to studying a mode of cinema that exerted unparalleled influence on contemporary and global filmmaking.

"In bringing together this international program of experts, the conference will lay the groundwork for a Canada-led network dedicated not only to mobilizing research but also to establishing collaborative relationships designed to break new ground in film studies and film history," said Philippa Gates, professor in Laurier’s Department of English and Film Studies and one of the organizers of the conference.

The conference has partnered with leading organizations such as the Toronto International Film Festival (TIFF), Waterloo’s Princess Twin Cinemas and Kitchener’s Apollo Cinema. The conference attendees are invited to tour the TIFF Film Reference Library in Toronto on May 10, followed by an opening reception in Waterloo at the Princess Café.

David Bordwell, one of the most eminent scholars in film studies, is the conference’s keynote speaker. He will deliver his presentation on the afternoon of Friday, May 11 at the Apollo Cinema in downtown Kitchener. The keynote will be followed by a reception and a screening of A Letter to Three Wives (Joseph L. Mankiewicz, 1949), all of which are open to Laurier alumni from the Film Studies and Communication Studies programs.

“This event is an extraordinary opportunity to connect Laurier alumni with the scholars they studied while at Laurier, and to give them a chance to reconnect with other Laurier alumni in the region,” said Katherine Spring, associate professor in Laurier’s Department of English and Film Studies and the other conference organizer.

The Saturday presentation panels will be followed by an evening screening of the film Carmen Jones (Otto Preminger, 1954) at the Princess Twin Cinemas. The conference concludes on the afternoon of Sunday, May 13 with a wrap-up session to discuss mobilizing the conference findings, including publishing the conference proceedings and planning future events.

Find the full program and details for the conference.