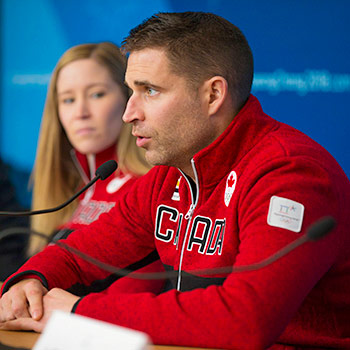 Laurier at the Olympic Games

Laurier is well-represented at the 2018 Winter Olympics, taking place in Pyeongchang, South Korea.

In addition, former Golden Hawks' standout Danelle Im is taking to the ice as a member of the Korean women's hockey team.