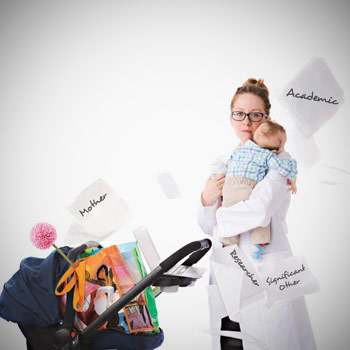 Laurier student invited to High Commission of Canada in London, England to present research on sexism in science

Laurier student invited to High Commission of Canada in London, England to present research on sexism in science

Waterloo – In celebration of the International Day of Women and Girls in Science, Eden Hennessey, Wilfrid Laurier University Psychology PhD candidate, will head to London, England to present her two photo-research exhibits, #DistractinglySexist and #DistractinglyHonest, which address sexism in science. The exhibits will be part of the “Women Leaders at Canada House” speaker series, discussing gender equity in STEM (science, technology, engineering and math), hosted by the High Commission of Canada Feb. 8 at Canada House in Trafalgar Square.

“This invitation is incredibly meaningful to me personally and as a researcher,” said Hennessey, who created the exhibits based on her dissertation with Associate Professor Mindi Foster. “This opportunity underlines the relevance of our research, where we assess whether women in STEM face greater consequences for confronting sexism than women in other fields. It also highlights the utility of devising creative outlets to communicate research to those beyond academia or one specific discipline.”

The Feb. 8 event will also include a panel discussion featuring Imogen Coe, dean of the Faculty of Science at Ryerson University, and Professor Hilary Lappin-Scott, senior pro-vice-chancellor at Swansea University and Officer of the Order of the British Empire. The panel will discuss the challenges with the lack of female participation in STEM in Canada and the UK. The Honourable Elizabeth Dowdeswell, Lieutenant Governor of Ontario, and Janice Charette, High Commissioner for Canada to the UK, will moderate the discussion.

In 2015, Hennessey was named the Laurier Graduate Student Association researcher of the year and opened the photo-research exhibit “#DistractinglySexist: Confronting Sexism in Canada’s Tech Triangle” at Laurier’s Waterloo campus Library. The title was inspired by how women in science responded to controversial remarks from British Nobel Laureate Tim Hunt, who suggested females in the lab were “distractingly sexy.” The photography exhibit was created in collaboration with local photographer Hilary Gauld and features portraits of female scientists and students.

The “#DistractinglyHonest: an interactive photo-research exhibit on sexism in science” exhibit opened the following year and features female scientists and their allies to highlight the challenges and successes of being a woman in science.

Both exhibits were designed to communicate empirical research to non-academic audiences; each image is paired with social-psychological research findings.

“By reaching a wider audience, we can engage more people in the conversation around equity in science to be better equipped to solve challenges that will impact us all,” said Hennessey. “We need the greatest minds to tackle the world's biggest problems, regardless of gender. Imagine what could be accomplished with the full participation of women and other underrepresented groups in STEM.”

This opportunity was sponsored through Laurier's Graduate Student Association, with help from the Assistance for Academic Events Fund.

Honestly speaking, men’s and women’s experiences in science can differ drastically. Women (versus men) in STEM report more sexual harassment, isolation, stereotyping, and a battle to maintain work/life balance, which are #HonestlyChallenging. For example, a research study in the technology sector showed that one third of female participants reported delaying career goals to have a family, and were more likely than their male colleagues to forego marriage and/or children to achieve career goals (Simard et al., 2008).