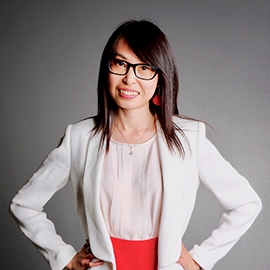 Horrible bosses? Laurier researcher studies the use of voodoo dolls to cope

Horrible bosses? Laurier researcher studies the use of voodoo dolls to cope

Now an Assistant Professor at the Lazaridis School of Business and Economics, Liang began exploring the topic during her PhD dissertation, when she studied the notion of employees retaliating against supervisors after they had experienced aggression.

"Lashing out on your supervisor is bad, but people still do it, so it must serve a function," said Liang. "I felt that there must be some way to restore an employee's sense of justice without actually sabotaging their supervisors."

Based on established research demonstrating that voodoo dolls can aid in personal relationships, Liang's team of researchers developed an online study to assess aggression and better understand the function of retaliation as a means to restore justice perceptions.

"We felt that the use of voodoo dolls was shown to be a really valid way to study aggression," said Liang.

The study asked participants to recall and visualize an abusive workplace interaction. Some participants were then asked to manipulate an online voodoo doll and some did not have that option.

Liang and her team discovered that participants who were able to engage in voodoo retaliation actually had a greater sense of justice than those who did not.

"This is significant because past research has linked an employee's sense of justice in the workplace to long-term effects on job satisfaction and stress," said Liang.

Liang and her co-authors further explored this topic in their paper, "The Dimensions and Mechanisms of Mindfulness in Regulating Aggressive Behaviors," published in November 2017 in the Journal of Applied Psychology.

Liang looked at the two dimensions of mindfulness: mindful awareness, which is being undivided from the present moment; and mindful acceptance, which is the acceptance of feelings without judgment. She wanted to understand how effective these dimensions are in regulating aggressive behaviours.

Similar to the first study, participants were asked to recall a negative incident with a supervisor. Mindfulness statements focused on mindful awareness, mindful acceptance or mind wandering - which represents a baseline of mental state - then popped up on the screen. Afterwards, participants were asked to insert pins into an online voodoo doll. The number of pins were used to measure their levels of aggression.

"It was the awareness dimension that played the more critical role in regulating aggressive behaviours," said Liang. "If you're aware of the present moment you can register that you're feeling angry instead of lashing out immediately as the first reaction."