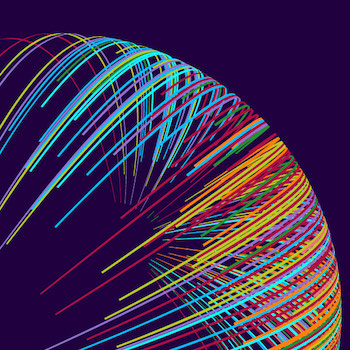 From families fleeing war to professionals seeking new opportunities, people are on the move on an unprecedented global scale. This has led to challenges as people disagree on issues such as how to keep borders secure and how to uphold migrants’ rights. In the last decade, Wilfrid Laurier University’s International Migration Research Centre (IMRC) has come to the forefront of research on these and related issues.

The IMRC, which is celebrating its 10th anniversary with an evening of events on Wednesday, Nov. 7, is today one of Canada’s most important research centres on migration. Its researchers can point to concrete ways their work has influenced policy and practice at all levels.

“Our work is important and timely because immigration is one of the most important and pressing issues of our time,” says Professor Alison Mountz, director of the IMRC and Canada Research Chair in Global Migration. “Immigration is built into the fabric of Canadian society so deeply, it touches on every aspect of life – social, cultural, economic, political.”

“Governments and communities need to be able to understand global movements of people and respond to them in ways that ensure equality and human rights, no matter where they’re from or where they are going,” says Associate Professor Jenna Hennebry, past director of the centre. “This must be informed by thought, careful dialogue and research. That’s what we do.”

Building at Laurier and Around the World

Professor Margaret Walton-Roberts co-founded the IMRC with Hennebry in 2008 and was its inaugural director. She and Hennebry began the centre in part to build up a critical mass of interdisciplinary scholars interested in migration at Laurier. They also wanted to fill what they saw as a gap in the Canadian research landscape.

Over the years, the IMRC has moved from developing the desired critical mass and highlighting its members’ work to a greater focus on influencing policy. The centre boasts an unusual breadth of research, with clusters of people working on issues including borders, labour migration, health, asylum seekers and displacement.

“We do a lot of things well,” says Mountz. “Any place in the world where there are big issues going on related to migration, whether it’s humanitarian crises, crossings at sea or borders closer to home for us, such as the Canada-U.S. or U.S.-Mexico borders, we have researchers working on the ground in all those places.”

In Canada, federal and provincial governments have consulted with the centre, requesting and often funding research, policy recommendations and participants for various working groups. IMRC members have provided evidence-based input on a range of topics and have seen some of their recommendations adopted.

For instance, the Ontario Ministry of Labour has made changes to improve workplace safety for migrants who work seasonally and the federal government has made changes to open up pathways to permanent residency for international students and other temporary migrants.

“We weren’t alone in making some of those recommendations, but I think we were part of the dialogue that helped shift policy,” says Hennebry.

The centre also has many connections internationally. Its members have worked with a range of international governments, organizations and universities. People have come to the IMRC from around the world to do comparative research – in fact, there have lately been so many that the centre has made more space for visiting scholars.

Some of the centre’s researchers have also worked with international organizations such as the United Nations. Hennebry and her graduate students have done extensive work with UN Women on the rights of women migrant workers. Both Hennebry and Professor Jonathan Crush, an IMRC senior research associate, have addressed the UN on migration issues.

Proud as the IMRC’s leaders are of their work on the international stage, they are equally proud of what they have done to mentor and engage the many domestic and international students associated with the IMRC.

The centre has worked with Master of International Public Policy students to write policy briefs for Global Affairs Canada. Separately, IMRC graduate and undergraduate students worked with the Higher Education Quality Council of Ontario to write a report on international students in the province. Kira Williams, the project lead, received an Ontario Graduate Policy Research Challenge Award for their work in 2015.

Students have co-authored book chapters, journal articles and reports and given presentations at national and international fora. They have worked with the IMRC as contributors to research and participants in events.

“We have past students working in migration-related jobs in government at provincial and federal levels. Others are working in community organizations in Canada and abroad supporting migrants, while still others are doing research in academia or at research consulting firms,” says Hennebry. “They really are changing the world in ways big and small.”

Doing even more to help students develop is one of the centre’s goals for the future, says Associate Professor Kim Rygiel, the centre’s associate director.

Rooted in the Community

Although IMRC scholars work around the world, they maintain strong connections to the community in and around Waterloo Region and Brantford. Many do at least some of their research in partnership with local community organizations, including Immigration Waterloo Region, Kitchener-Waterloo Multicultural Centre, Mennonite Coalition for Refugee Support, Reception House, Sanctuary Refugee Health Centre and The Working Centre.

In addition, the centre hosts frequent events, including coffee houses, lectures and workshops that are open to newcomers, service providers and members of the general public. A community representative sits on the centre’s board of directors. Being an active part of the community has been important to the centre since the beginning.

Some faculty members integrate community work with their students’ academic work. For instance, Rygiel teaches a social advocacy class in the Master of Applied Politics program in which students work closely with local settlement organizations. This year, students are helping evaluate a Reception House initiative, the Family Partnership Program, which matches volunteers with newcomers.

“Waterloo Region has always been an important destination for newcomers, both immigrants and refugees, so it’s crucial we have scholars who are engaging locally with people in the community,” says Mountz. “I’m really proud to have been part of the creation of a collaborative, open, interdisciplinary space where people gather to talk about issues, share ideas and work together to tackle contemporary problems related to migration and displacement.”

Mobility – Citizenship, settlement, integration, social exclusion, how and why some people move and others cannot.