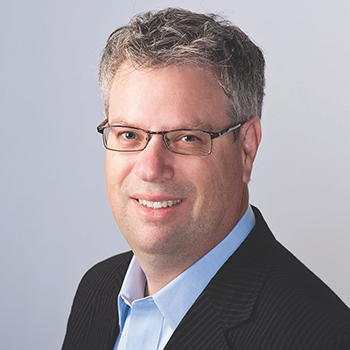 “This is probably the hardest election to gauge that I’ve ever dealt with,” said Darrell Bricker (BA ’83, MA ’84), chief executive officer of Ipsos, the world’s third-largest market research company. Speaking on the science of polling at Wilfrid Laurier University on Sept. 20, Bricker shared that, at this point, Canada’s upcoming federal election is “literally too close to call.”

“Laurier has been committed to growing its Political Science program, and they consistently produce the most talent,” said Bricker.

Beyond its successful graduates, Laurier has made great contributions to Canadian politics through the Laurier Institute for the Study of Public Opinion and Policy (LISPOP). LISPOP is a research centre dedicated to studying the creation, use and representation of public opinion in the policy process. With its stable of non-partisan academic experts, LISPOP has become a trusted resource for the public and news media during election campaigns.

At LISPOP’s Symposium on Public Opinion and Polls on Sept. 20, associate professor Barry Kay concurred with Bricker that the federal campaign is a tight race. He released his latest seat projections based on public opinion polls conducted during the first week of the election from Sept. 8 to 16.

If the election had been held that day, Kay projected the Liberals would win with 165 seats, followed by the Conservatives (133), the NDP (20), the Bloc Québécois (13) and the Green Party (5). The People's Party of Canada and independents would win one seat each.

Kay’s seat projections for federal elections have proven accurate within four seats per party, per election, since he began measuring polling data retrospectively with the 1963 election, and has been in print since 1980. His Ontario election error level has been 2.8 seats per party, per election. Kay’s method of aggregating multiple polls by region “really does work, most of the time,” he said. He will continue to update his seat projection map until election day on Oct. 21.