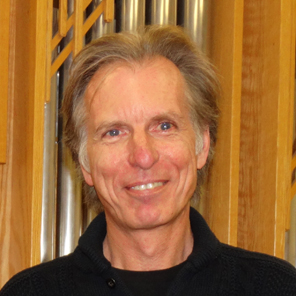 Interim director appointed to the Beckett School at Laurier

Interim director appointed to the Beckett School at Laurier

“Marlin is ideally suited to this position. He is well known and respected at the Beckett School, at the university, and in the community, and has a relaxed but efficient administrative style ideally suited to the task at hand,” said Glen Carruthers, dean of Laurier’s Faculty of Music. “Marlin will work with faculty and staff to ensure a smooth transition of the Beckett School to Laurier. I’m very grateful that he’s agreed to assume this important role.”

Nagtegaal holds an undergraduate degree from the University of Manitoba, a graduate degree from Western University, and an advanced performance diploma from the Rotterdam Conservatory. He has served in a number of administrative capacities and has performed recitals across Canada, the Netherlands and Germany. He has also has performed many times on radio and television.

“It is an honour and privilege to be appointed to the position of interim director,” said Nagtegaal. “This promises to be an exciting time for both Laurier and the Beckett School with endless possibilities of servicing our community at large.”

Nagtegaal’s appointment is for one year, effective June 15, 2015.

Marjorie and Garth Beckett founded the Beckett School of Music in 1980. The school began operations in uptown Waterloo, offering instruction in piano, theory, and early childhood music education. In 2000, the school moved to Michael Street in downtown Kitchener, and acquired more studio and classroom space to become the largest music school in the area, with approximately 1,000 students and 40 teachers.

The Faculty of Music limits undergraduate enrolment to 400 students, a number large enough to allow for a full symphony orchestra, three choirs, wind orchestra, opera program and ensembles in jazz, percussion, contemporary music and several other areas. The faculty’s programs are widely known for their exceptional quality and student demand is high. This year, the Faculty of Music received approximately 450 applications for 90 first-year spots.