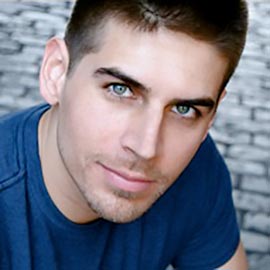 WATERLOO – Award-winning slam poet Carlos Andrés Gómez returns to Wilfrid Laurier University to perform in commemoration of the International Day for the Elimination of Racial Discrimination. His performance takes place March 16 at 7 p.m. in the Turret on Laurier’s Waterloo campus.

“Carlos has been coming to Laurier for nine years in a row, which speaks to the consistent appeal of his work among our students who have become enthusiastic fans of his spoken word poetry,” said Jasmin Zine, associate professor, Sociology. “He brings a powerful and inspiring voice to our campus around issues of social justice while demonstrating how the arts are a transformative space for public pedagogy."

Gómez, a native of New York City, has headlined spoken-word and literature festivals all over the world, and performed at more than 200 colleges and universities. He also appeared in Spike Lee’s 2006 film Inside Man and in 2012 authored the critically acclaimed coming-of-age memoir Man Up: Cracking the Code of Modern Manhood.

The International Day for the Elimination of Racial Discrimination was declared by the United Nations in 1966. It is celebrated March 21 to commemorate the day in 1960 when police killed 69 people at a peaceful demonstration against apartheid pass laws in South Africa.

Opening acts will be performed by emerging Laurier artists. The performance is open to the public and admission is free. The event is sponsored by the Laurier Sociology Students Association (LSSA), the Laurier Students’ Public Interest Group (LSPIRG), Laurier’s Diversity and Equity Office and Laurier’s Department of Sociology.