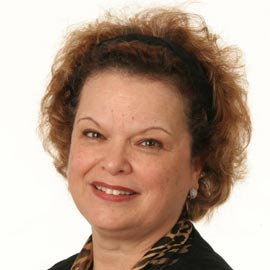 Rowinsky-Geurts, a professor in Laurier’s Spanish program, developed the textbook in partnership with Rosa Stewart, assistant professor at the University of Victoria, and will receive $5,000 for her commitment to student success.

“The textbook is inspired by the students, is developed with them in mind and all the updates are according to their responses to the material from the previous edition,” said Rowinsky-Geurts. “It is an ongoing process that is extremely time consuming, requires a high level of attention to detail, but most of all, it demands a deep understanding of the teaching and learning process.”

iHola, amigos! was nominated by Anne-Marie Taylor, publisher: Higher Education at Nelson Education, for going above and beyond the call of duty. Rowinsky-Geurts and Stewart worked diligently to create a text that would address their own experiences in the classroom. This edition includes active learning activities and a comprehensive instructor's manual.

“As one of the co-authors of iHola, amigos!, Mercedes has been instrumental in creating a truly unique teaching and learning introductory Spanish program that speaks to the needs of both students and instructors,” noted Nelson Education in a statement. “We applaud Mercedes for being the recipient of this year’s author award. Through her ongoing involvement and influence in the educational milieu she fully embodies our mission of ‘enabling the success of Canadian students and educators.’”

As part of Nelson’s ongoing commitment to education in Canada, Nelson Education has created an annual award, which recognizes authors for their contributions to the success of students in Canada, their support for Nelson, and the work they do to benefit their own community.