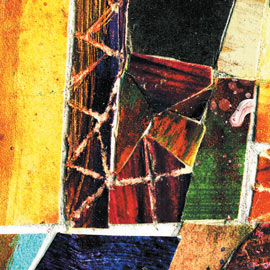 Under the theme, “Laurier’s contemporary music alumni,” the LNMF will present a mix of composed and improvised music, sound installations, chamber and symphonic music, panel sessions and homecoming social events.

“Interest in the festival among our 150-plus alumni has been strong, with several alumni having already committed to flying in from as far away as Vancouver and NYC,” said Peter Hatch, Faculty of Music composition professor.

On Friday, Jan. 29, the LNMF will kick off with a concert by the Wilfrid Laurier Symphony at Laurier’s Theatre Auditorium. The concert will showcase the world premiere of a new work for cello and orchestra by Colin Labadie, winner of the 2015 Waterloo Region Emerging Composer Competition. The concert will be followed by late-night jazz at the Button Factory with Rob Gellner (BMus ’89), Sundar Viswanathan (BMus ’89), Jason White (BMus ’04), Tomas Bouda (BMus ’09) and Brandon Valdivia (BMus ’05).

The Penderecki String Quartet, Paul Pulford, Thin Edge New Music Collective, Ensemble Paramirabo and several generations of alumni currently working at the cutting edge of musical technology will perform works for string quartet, chamber ensemble and electronics received through a Call for Miniatures as part of the 2015 Waterloo Region Emerging Composer Competition. The emerging composer competition, funded by a grant from the Waterloo Regional Arts Fund, drew 26 entries from as far away as Winnipeg and Vancouver to Los Angeles and Japan.

“The festival is bringing together some reunions and some undergrad groupings that have continued to work together many years after leaving Laurier,” said Paul Pulford, conductor of Laurier’s Symphony Orchestra. “One of the main impetuses behind the festival came from discussions between several performance alumni who specialized in new music while at Laurier.”

Alumni Jennifer Butler (BMus ‘99), Kristy Farkas (BMus ’01) and Marci Rabe (BMus ’00), who worked together as undergrads in 1999-2000 and continued as the composer/performer collective CURV, will reunite at the festival and have a work they co-created premiere on Jan. 30 at 1 p.m. in the Maureen Forrester Recital Hall.

A live electronic music concert in Laurier’s Maureen Forrester Recital Hall on Jan. 30 at 5 p.m. will feature alumni who graduated as long ago as 1992 and as recently as 2015, some of whom are now considered leaders in their field, including Andrew Stewart (BMus ’94), Cam McKittrick (BMus ’91) Richard Windeyer (BMus ’91), Kyle Brenders (BMus ’05) and Nick Storring (BMus ’05).

“The Laurier New Music Festival is an exercise in artistic and organizational teamwork, driven by a dedicated committee of faculty, alumni, students, and Waterloo’s NUMUS,” said Glen Carruthers, dean of the Faculty of Music.

The LNMF is open to the public. For more information and to register, please visit www.lauriernmf.weebly.com.