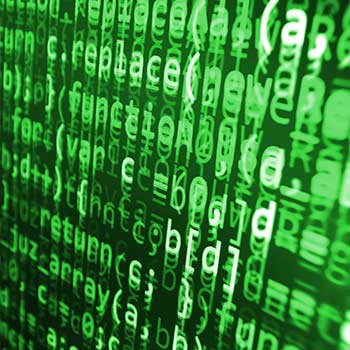 WATERLOO – Wilfrid Laurier University will host the International Symposium on Symbolic and Algebraic Computation (ISSAC) July 19 to 22. ISSAC is a premier conference to present and discuss new developments and original research results in all areas of symbolic mathematical computation, also known as computer algebra.

“The ISSAC community is recognizing the vibrancy of our unique region,” said Eugene Zima, an associate professor in Laurier’s Department of Physics and Computer Science and co-chair of the event. “Waterloo is the only city in the world to host this symposium for the third time in 50 years.”

Waterloo is considered a hot spot for research in the area of symbolic computation. The University of Waterloo hosted ISSAC in 1986 and 2007 and the region is also home to MapleSoft, a Canadian company with global outreach that produces mathematical software and is a sponsor of the symposium.

“This year, we will have a very special installation of ISSAC to celebrate the 50th anniversary of the first conference of this kind,” said Zima.

Symbolic computation is the oldest and foundational branch of computer science and this symposium brings together top leaders and legends in the field.

“The first programs to differentiate and simplify expressions were written well before the first compiler for FORTRAN programming language,” said Zima.

Laurier’s Centre for Woman in Science is also participating as one of the sponsors of the event. “The notes of Ada Lovelace, who is believed by some to be the first programmer, were clearly in the area of symbolic computations,” said Zima.