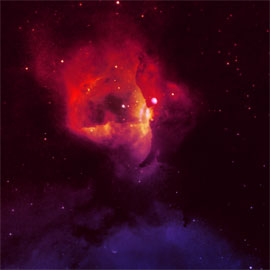 This fall’s series offers strong and interesting women in leading roles in films from different genres and different countries. Each film corresponds to one of the programs offered in Laurier’s Department of Languages and Literature; namely, French, German, Spanish, Arabic and Italian.

The series is presented by Laurier’s Department of English and Film Studies, in partnership with the WLU Film Society and with funding from the dean of Arts. Each screening includes an informative introduction by a Laurier faculty member.

All films in the series are free and take place at 7 p.m. in the Bricker Academic Building, room 102. They include:

Sept. 15: Associate Professor Milo Sweedler presents Amélie (France 2001, Jean-Pierre Jeunet). With its whimsical depiction of The Fabulous Life of Amélie Poulain (French title translation), this romantic comedy captured critical acclaim, international attention and box-office success and came to be the highest-grossing French-language film released in the US. The film centres on the charming and captivating performance of French actress and model Audrey Tautou, who achieved international recognition and stardom as a result.

Sept. 29: German instructor Alexandra Zimmermann presents Run Lola Run (Germany 1999, Tom Tykwer). Run Lola Run is a thriller starring Franka Potente as the young woman who runs in order to obtain the money she needs to save her boyfriend’s life. The film garnered international acclaim for its innovative postmodern style and its clever exploration of fate, time and love. The film is regarded for its videogame-inspired visual style, breakneck pace of the story and compelling action heroine.

Nov. 3: Arabic instructor Hanan Abdullatif presents Wadjda (Saudi Arabia/Germany 2013, Haifaa al-Mansour‎‎). Wadjda was the first feature-length film shot entirely in Saudi Arabia and the first made by a female Saudi director. The film won numerous international awards and was selected as the Saudi Arabian entry for the Best Foreign Language Film at the 86th Academy Awards. The film follows the life of an 11-year-old Saudi girl who dreams of owning a bicycle so that she can race against boys – but riding bikes is frowned upon for girls. Through the impressive performance of the young actress Waad Mohammed and its inspirational story, the film explores questions of gendered oppression in modern Saudi Arabia.

Nov. 10: Associate Professor Russell Kilbourn presents Bread and Tulips (Italy 2000, Silvio Soldini). The Italian comedy Bread and Tulips stars Licia Maglietta in her breakout role as an unfulfilled, middle-aged housewife who takes an unplanned vacation from her family life. In Venice, she discovers a rewarding social life full of fascinating friends and unfamiliar adventures. The film was an official selection at the Toronto and Cannes film festivals and won numerous awards, including Best Actress for Maglietta. Critics described the film as “delightful” and promise that “it'll make you believe in love no matter what the odds.” Roger Ebert argued, “It’s all in the casting… Maglietta is the secret of this film's romantic charm.”

Nov. 17: Assistant Professor Sharon Marquart presents Rust and Bone (France/Belgium 2012, Jacques Audiard). Rust and Bone is a romantic drama about a young man who falls in love with killer whale trainer played by Marion Cotillard. The film was a critical and box office hit in France and received many international film nominations and awards. Much of the film’s critical praise stemmed from Cotillard’s exceptional performance, which saw Hollywood take interest and cast her in films like Inception (2010). Actress Cate Blanchett described Cotillard’s performance as “unexpected and as unsentimental and raw as the film itself.”