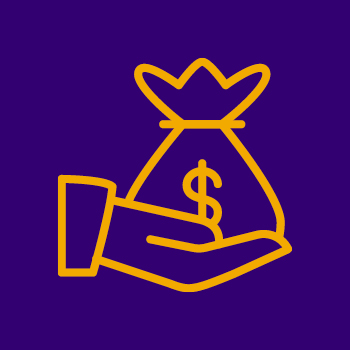 WATERLOO – As National Philanthropy Day and Giving Tuesday set the stage for a generous holiday season, a Wilfrid Laurier University researcher is releasing new data about charitable giving in Canada.

“On average, Canadians are basically passing along their entire credit to the charities,” said Smith.

Smith’s results affirm for policymakers that donors are responsive to tax incentives and illustrate how taxpayers react to changes in the tax price of giving.

“This is almost exactly what you would want to happen by giving this tax credit,” said Smith. “It’s good because the other option for governments that want to support the charitable sector is to just donate directly to charities, which they do. The only problem with that is something called ‘crowding out:’ if individuals notice that the government is giving a bunch of money to charities, they may then scale back their own donations.”

“The dollars flow to the charities that people want the most,” said Smith. “It’s not just the government picking and choosing who gets what.”

Smith’s research also discovered a correlation between income level and the number of dollars donated.

The reasons for this trend are difficult to discern, as Smith’s data is based on an anonymized sample of Canadian tax records. But his overall assessment of Canadians’ generosity is positive.

“The thing I find encouraging is if we look at giving patterns across a person’s life cycle, we see a really steep increase in giving between their 20s and their 40s,” said Smith. “As people earn more income, they are more generous. It kind of plateaus when people enter their 50s and 60s, but there is solid evidence that people are willing to give more as they themselves become more fortunate.”

Smith’s study, funded by the Social Sciences and Humanities Research Council of Canada and co-authored by researchers across Canada, Australia and Singapore, contributes to his larger research program as a charity economist. His ongoing studies include a comparison of philanthropic giving between recent immigrants and people who were born in Canada, and an analysis of how religion and ethnic diversity impact giving.