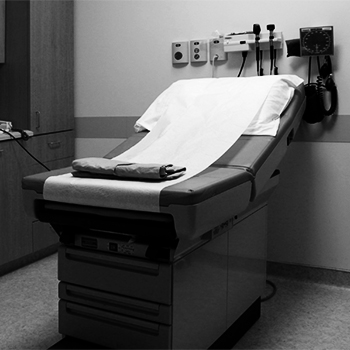 Q and A: Laurier researcher investigates the coerced and forced sterilization of Indigenous women in Canada

Q and A: Laurier researcher investigates the coerced and forced sterilization of Indigenous women in Canada

In 2015, Karen Stote published her book An Act of Genocide: Colonialism and the Sterilization of Aboriginal Women. Through archival research, Stote documented the coerced sterilization of Indigenous women in Canada and grounded the practice within the larger context of colonialism, the oppression of women and the denial of Indigenous sovereignty.

Stote, an assistant professor of Women and Gender Studies at Wilfrid Laurier University, is writing a follow-up book looking specifically at the province of Saskatchewan and how family planning policies since the 1970s enabled the forced sterilization of Indigenous women. Her research continues at a time when many Indigenous women are telling their stories publicly for the first time, class-action lawsuits are being proposed in several Canadian provinces, and both the House of Commons and Senate have conducted recent investigations into forced and coerced sterilization. Stote was called upon as an expert in both investigations.

During Canada History Week, we asked Stote to share her research findings on this disturbing – and still ongoing – Canadian practice.

What initially drew you to studying this topic?

“My interest in the issue has a long history. It comes out of relationships with Indigenous people who told me that it happened in their communities. They taught me about my own history, in a sense, as a Canadian. I was a young undergraduate student when I started looking into it and there was nothing to read on the topic.”

Your first book focused on the use of eugenics as a means of controlling birthrates among “undesirable” populations in Canada from the 1930s to the early 1970s. What did you learn?

“There was eugenics legislation in effect in Alberta and B.C. which allowed people to be sterilized, sometimes without their consent. I focused my research on the federal archives and it revealed that the practice actually happened outside of that legislation as well, including in what they refer to as ‘federally operated Indian hospitals’ across Canada.

“The story I weaved together through archival documents tells the history of loosening guidelines on when sterilizations could be performed in Indian hospitals, and a lack of what we refer to as informed consent. There was also a consistent racism and paternalism in how some government officials and doctors approached Indigenous women.”

How has your research expanded as you write your second book?

“I am investigating how the practice has continued since the 1970s. Since then, more than 100 Indigenous women have come forward and described their experiences of being coercively sterilized, as recently as 2018.

“These sterilizations are no longer being promoted under eugenics legislation, as eugenics has been largely discredited. They’ve been informed by family planning policies and programs. If you want to control your reproduction or space your births, birth control is a good thing. But my research is uncovering that family planning policies have amounted to coercion for some Indigenous women. Under the banner of ‘family planning,’ we hear concerns with overpopulation: some populations are producing more people than a particular society can support. That discourse has replaced eugenics to justify coerced sterilization.”

"There was a consistent racism and paternalism in how some government officials and doctors approached Indigenous women.”

You are focusing specifically on the province of Saskatchewan. Why?

“Saskatchewan is the province where the highest number of women have come forward so far, so this book aims to understand what’s going on there. I’ve been at the provincial archives in Saskatchewan to better understand how and why certain policies were formed. What those documents reveal is that there has been a consistent concern with the Indigenous birthrate. Even in 2016, Statistics Canada released a report saying Indigenous people in Saskatchewan have the highest and youngest birthrate in Canada. Policymakers have been talking about this in a slightly alarming way for a long time.

“The historical documents I looked at from the 1970s onward showed that as more Indigenous people moved off of reserves and into urban centers, some were swapping poverty on reserves for poverty in urban areas. This trend led some policymakers to try and address the economic burden it presents.

“I think it is fair to say that young, single, Indigenous mothers were a focus of family planning policies in Saskatchewan, at least based on policy documents. The data tells us that in the early 1970s, registered Indian women were about four per cent of those who were sterilized provincially. By 2016, registered Indian women made up over 18 per cent of those who were sterilized in Saskatchewan. This doesn’t include non-status Indians or Métis. I’m not saying all of these sterilizations were coerced, but we know that some were, based on women who have come forward.”

What does this experience look like in practice? How have women been coerced?

“In some ways, my research helps us better understand what was described in a report written by Yvonne Boyer and Judith Bartlett in 2017 that documented seven Indigenous women’s experiences. They describe racism and scare tactics being used by health and welfare professionals, such as being told that being prevented from having another child was actually in their best interests because they were living in poverty or having trouble with the children they already had. There are power imbalances that exist in these interactions.

“One Indigenous woman who came forward recently communicated that she didn't want to have this procedure done and was rolling herself away in her wheelchair when a health-care professional turned her around and led her back into the operating room. There may also be language or cultural barriers. For some women, the idea of ‘getting your tubes tied’ implied that they could be untied in the future. They didn’t understand that it was permanent.

“There are examples of women being given ultimatums – facing the prospect of having their children placed in the child welfare system if they didn't agree to sterilization. The experiences of these women all look different, but there are similarities in that there was a consistent pressure and a lack of informed consent.”

“There are examples of women being given ultimatums – facing the prospect of having their children placed in the child welfare system if they didn't agree to sterilization."

Across Canada, do we have an idea how pervasive forced and coerced sterilization has been for Indigenous women?

“Historically, approximately 1,150 Indigenous women were sterilized, mostly in federally operated Indian hospitals, in addition to those sterilized under eugenics legislation. But I always qualify that by saying that I don’t have access to each individual woman’s experience, so I am not saying that everybody was forced. Indigenous women are as capable of choosing sterilization as any other woman. But the context in which these took place was coercive, and it still is if we consider those who have come forward more recently. We also know that not everyone who experiences violence comes forward, so this also makes it difficult to measure.”

Among your recommendations for addressing and redressing this issue is to confront systemic racism in Canada. What do you mean by that?

“When I was younger, Indigenous people taught me to think about how ‘violence on the land’ is connected to ‘violence against Indigenous bodies,’ and I didn’t get it for a very long time. But the many forms of violence that Indigenous people experience on their bodies, whether it’s sterilization or living in residential schools, is connected to the violence against Indigenous lands. The two exist in relationship with each other. They are connected to colonialism, to land theft, to violence committed against the land through environmental exploitation and destruction. To address systemic racism, we need to address these other realities too.”

As more women come forward and the federal government is investigating coerced sterilization, are you hopeful that progress is being made?

“There's always hope when people start paying attention that something positive will come out of it, to end the violence that has been going on for a really long time and to respect Indigenous peoples as human beings who are allowed to live in the ways that they choose on their lands. But it's definitely a cautious hope. The more you know about history, the more cautious you are.

“Regardless of what results from government activities, people are becoming more aware. My students sometimes show up in my classes knowing something about these issues, which is drastically different than even when I started teaching at Laurier, let alone when I went to school. So if there's something positive, that's a positive.”